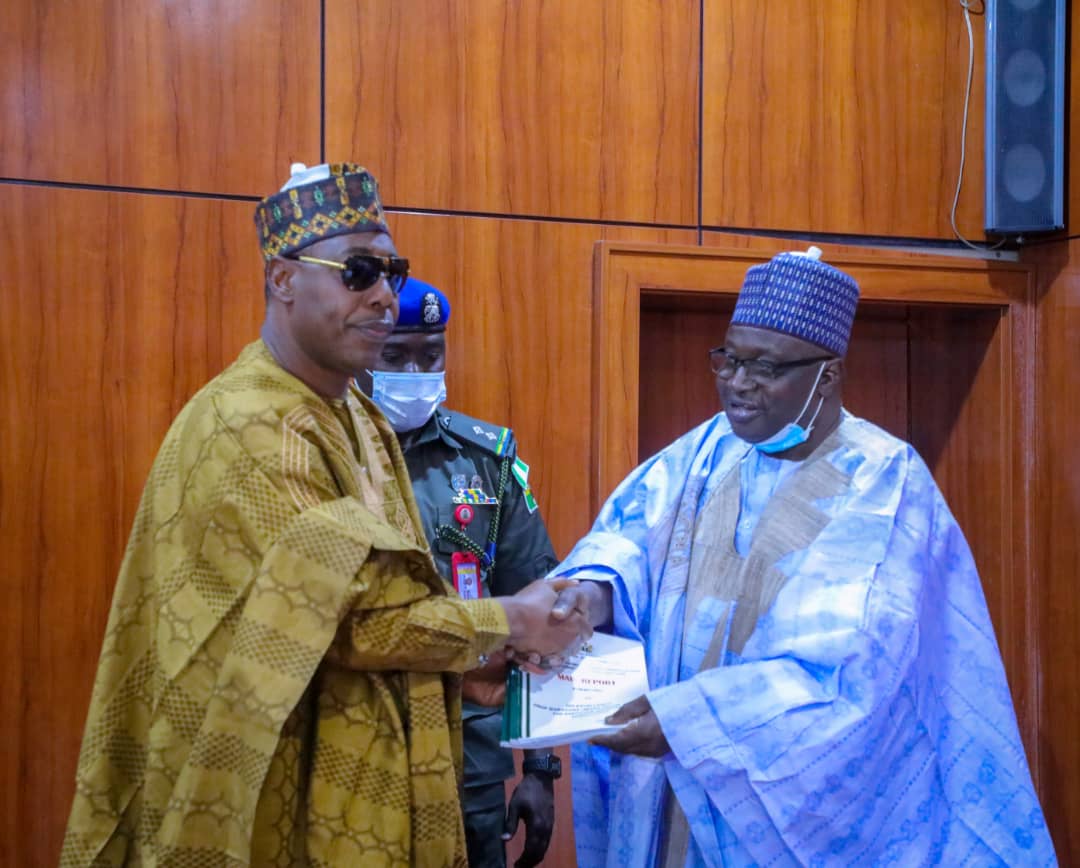 The combined findings were contained in separate reports presented to the governor by the committee on local government staffs verification Chaired by Senator Kaka Malam Yale and another on on primary school teachers chaired by Dr Shettima Kullima.

Of the figures, 14,762 ghost workers were discovered in local government pay system, while 7,794 ghost teachers were also identified.

A total figure of over N420m was saved according to the data presented to the Governor. The amount came from about N183.6m recovered in bogus teachers salary while another N237m was recovered from ghost LGA staff.

In one of the two report presentations, chairman of the Primary School Teachers verification committee, Dr. Shettima Kullima explained that the total number primary school teachers in the 27 local government areas was 26,450 before the verification. He noted that 24,250 teachers took part in the exercise while about 2,204 did not appear before the committee.

The Chairman further said, the total gross salary of the teachers before the verification was N693m while the figure had now reduced to N509m after 18,656 staffs were cleared for Biometric data capture, which led to the savings of N183m.

In the other presentation, Senator Kaka Malam Yale who chaired the committee for local government staffs verification, said, at the end of the exercise, number of staff dropped from 71,568 to 56,806. Accordingly, salary wage dropped from N1.1b to N965m being the new salary wage for the 27 LGAs.

After receiving both reports, Governor Babagana Umara Zulum said the verification exercise along several other measures were taken to make the local government a veritable tool for local transformation.

Zulum also said the primary school teachers verification was aimed at improving the standards of education, noting that his administration attached high priority to primary education.

The Governor also said his administration will ensure provision of teaching aids, motivation of teachers through the provision of housing facilities, improve their welfare by rewarding hardworking and exceptional teachers.

Governor Babagana Umara Zulum also said, his administration will continue to provide education grants to orphans and the children of the less privileged in communities, while scholarship will be approved in due time for students within and outside the state.

Zulum commended both committees for working tirelessly in discharging their duties. However, the committee for local government verification was extended by two weeks to make recommendations on some of the issues raised in their report.

Verification of workers in Borno began in 2013 during which thousands of ghost workers were found. Zulum concluded the exercise at the state civil service level before extending to local government and basic teaching services.