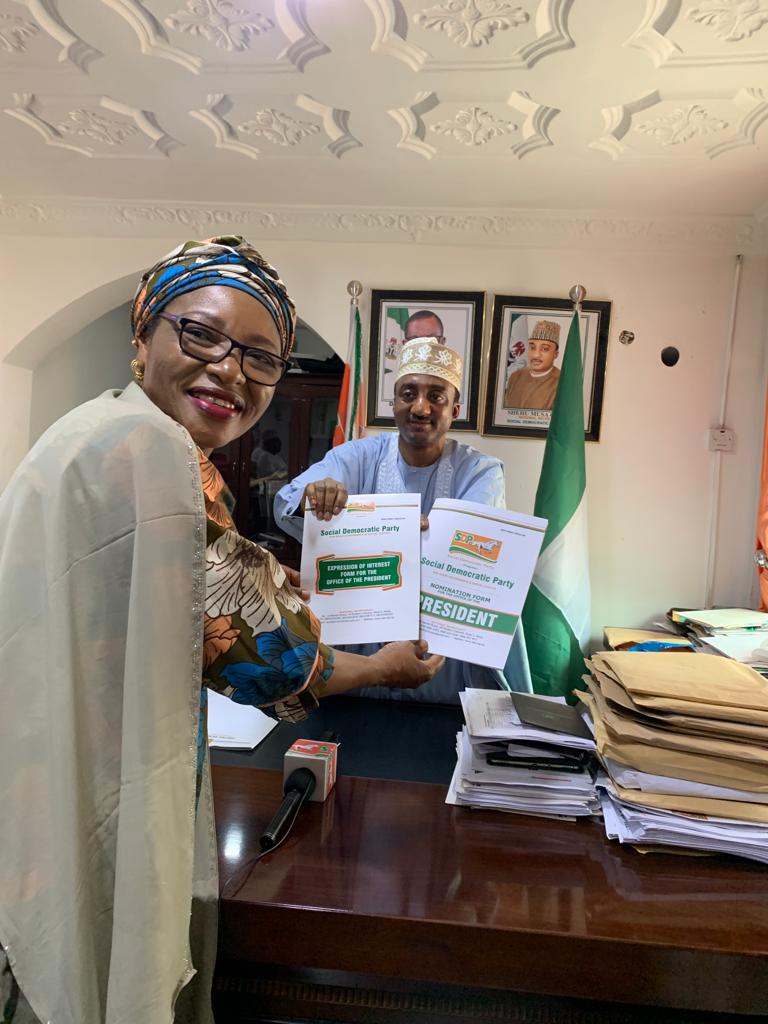 Her excellency Dorothy Cesnabmihilo Nuhu Aken’ova, has submitted her expression of interest and nomination forms for the 2023 presidential election to the National Secretariat of the Social Democratic Party (SPP) in Abuja.

The News Agency of Nigeria (NAN) reports that Dorathy who wishes to be Nigeria’s president, has full support and backing from the Youths, Women Groups and other Associations to ensure her victory in the election.

Dorothy has also irrevocably committed herself to the enthronement of One People with One Future and One Country as a deliberate policy to fixing our broken nation and the collapsing economy for the greater good of Nigerians.

The forms, which were submitted, are a confirmation of her preparedness to get to work to unify the country, rebuild the economy and return the country to its enviable heights.

Meanwhile, she called for transparency, sincerity of purpose, deep discipline and political leadership, saying that these were critical to happiness.

“My prayer is that the party should be sincere, strong and credible in whatever thing they do so that they can show the world that they are ready to get Nigeria working again,” she said.

Dorathy noted that the only way to have a new Nigeria is to bring our youths and women together and be part of what we are doing not just promising them employment.

She, however, urged all eligible voters across the country to ensure they collect their Permanent Voter’s Cards (PVCs) in preparation to the general elections.(NAN)