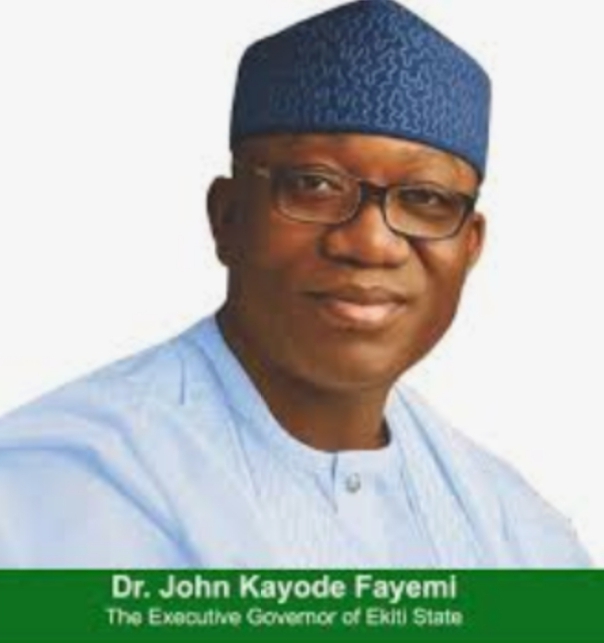 Ekiti Governor, Dr Kayode Fayemi, has assured that preparations for 2022 gubernatorial election in the state will not affect projects execution and other areas of service delivery by his administration.

Fayemi also admonished all political parties and their followers to eschew violence by playing the game according to the rules.

He said that no political post was worth the blood of any individual, “saying it is only God that enthrones leaders.”

The governor spoke in Ado-Ekiti at a “State-of-The-State” programme at a special plenary sitting presided over by the Speaker, Ekiti House of Assembly, Mr Funminiyi Afuye, on Friday.

The special plenary was part of activities lined up to mark the third year of the governor’s second term in office.

“This administration has only one year left, but I can assure you we shall work till the very last day. We have spent 1,095 days, which translate to three years.

“The next final year will be used to build on our existing performance, and no project will be left uncompleted.

“All abandoned projects by the previous administration had been completed by us, with only few others still at various stages of completion, but I am giving my words that by the time I leave office, there will not be any project left unattended to.

“As we move gradually into the electioneering period, I enjoin all Ekiti persons to avoid politics of bitterness. We are all brothers and sisters.

“It is also my prayers that may the wish of God prevail on our journey to the next political dispensation,”the governor said.

Enumerating the performance of the administration in the last three years, Fayemi said that more than 1,000 projects had been completed and inaugurated.

He added that 1,000 rural roads embarked upon across the three Senatorial Districts were either completed or ongoing, to facilitate ease movements of people and agricultural products in the rural communities and farmsteads.

Besides, he said efforts were being intensified to improve current “unacceptable” level of power supply in the state.

Consequently, he said his government had finalised agreement with the Niger Delta Power Company to kick-start a 7.0 Megawatt Power generation, among other power plans.

This is to enable the government to meet up with his industrialisation plans for the state as well as household consumption.

On the deplorable state of the Ado-Ekiti-Akure, Ondo State road, Fayemi said he was unhappy with the situation.

He said that his administration would continue to engage the Federal Government towards ensuring that something concrete was done to alleviate the people’s lamentations concerning the road.

He said, “State of Ado-Ekiti-Akure Road network is disturbing and I must state that the pace of work there is not impressive.

“I am going to continue to engage the Federal Government until something good comes out of it.

According to him, his administration also lifted the state’s performance in the area of education, such that two Ekiti students were among those that led the 2021 JAMB.

“Also, schools and teachers in the state also won Federal Government’s laurels during the last Teacher’s Day celebration in Abuja.”

He, however, said the LCDA’s would continue to function according to their name until when the National Assembly would formally recognise and incorporate them.

He said that apart from regular payment of salaries, despite paucity of funds, the administration had also strengthened the civil service and motivated workers by increasing the tempo of local and foreign trainings for workers.

On Agriculture, which he described as having many untapped opportunities, Fayemi said his administration had promoted agri-business aimed at creating wealth through mechanised and agro allied means.

“I am convinced that within our ability possible, we have been faithful to the Ekiti people when it comes to fulfilling electioneering promises,”the governor said.

Speaking earlier, Speaker of the Assembly, Mr Funminiyi Afuye, commended the administration for living by its promises, saying all the lawmakers the are proud of its performance.

“Your Excellency, I must state that we are indeed proud of you and your administration.

“You have changed the narrative in Ekiti through the restoration of the pristine values of integrity, honesty, sincerity of purpose, altruism and respect for the elderly.

“You have promoted accountable governance, with requisite checks and balances by ensuring independent judicial and free legislative arms of government.

“Under you, the Executive and the Legislature have a harmonious working relationship, while maintaining their institutional independence.

“Your achievements across all sectors in the three years are just too visible to be ignored by any morbid critic. Ekiti is now a place where people can thrice and live their lives with dignity. We are all now proud Ekiti citizens,” Afuye said.

The speaker thanked the governor for the renovation of the Assembly complex and for providing a 250 KVA Generator for the Assembly to ensure uninterrupted power supply only three days ago.