2021 International Week of the deaf: Association calls for promotion of rights of the Deaf 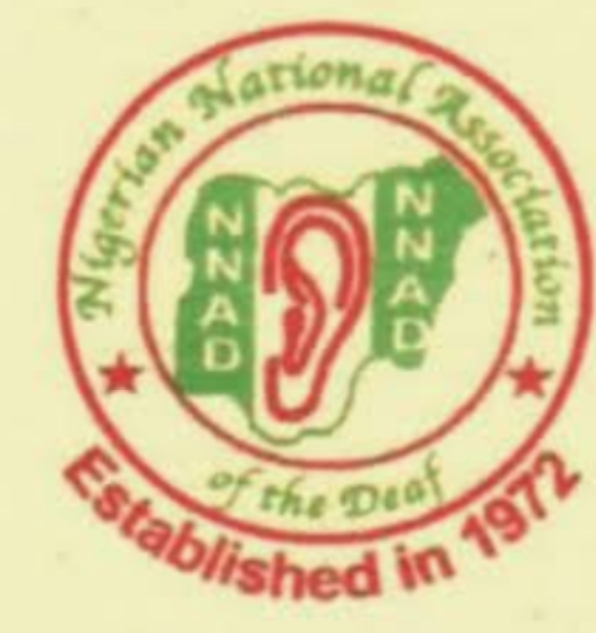 Mr Haruna Muhammed, National Vice President, Nigeria National Association of the Deaf (NNAD), has called for the promotion of the rights of deaf people to give them a sense of belonging.

Muhammed made the call in his address at the 2021 International Week of the Deaf (IWD) and International Sign Language Day in Abuja, which is being marked under the theme: “We sign for Human Rights”.

The event was organised by NNAD, supported by the National Commission for Persons with Disability, Disability Rights Fund, Sightsavers, among other stakeholders.

Muhammed said one of the most important priorities of the work of the World Federation of the Deaf (WFD) and the NNAD was to ensure human rights for deaf people globally, in every aspect of their life.

“We want to draw the attention of government, politicians, authorities concerned and the general public to the achievements and concerns of the community of Deaf People which, over the years, had been neglected.

“During this week, organisations of deaf people worldwide are encouraged to carry out information campaigns about their works and to press home their demands and requests, through publicity and advocacy.

“This week also, we call for greater efforts to promote the rights of deaf people throughout the world. Also, there should be increased solidarity among them and their supporters,” Muhammed said.

Also speaking, the National President of the Association of Sign Language Interpreters in Nigeria (ASLIN), Mr Timothy Tinat, said the Deaf, and other people with disability, should not see their conditions as an obstacle to success.

“Your disability is an advantage. No matter how people see you as deaf, your grace exists permanently.

“You must show that sign language is your right by being good Lawyers, Medical Doctors, Nurses, Engineers. Deafness cannot stop you from achieving your aim in life,” Tinat stressed.

Similarly, Mr Lawrence Idemudin, a member of the Board of Trustees of NNAD, said: “sign language is our language to communicate among ourselves and with others”.

Idemudin disclosed that ASLIN and NNAD were working together to enhance and move the lives of the deaf forward in theof sign language.

“Britain, France and other countries have their own sign language. We need to have our own, to bridge the gap between the type of sign language existing in the Northern and Southern parts of Nigeria.

” When we have a unified sign language in Nigeria, it will help us to communicate better,” Idemudin said.

Mr Ephram Omoregie, Chairman, Abuja Association of the Deaf, said the UN Convention on the Rights of Persons with Disabilities recognises and promotes the use of sign language.

“Therefore, efforts should be made to ensure that information provided to the general public should be made available to the Deaf in an accessible format.

In same vein, the Chairman of ASLIN in the Federal Capital Territory, Mr John Bamidele, said the Association had different activities and a passion to support the deaf community.

“I want sign language interpreters to know that having a good relationship with the deaf is very important, especially in the area of trust and confidentiality”.

Meanwhile, Mrs Fatima Daki on behalf of Parents of the Deaf, called on parents with deaf children to learn the sign language to enable them relate and communicate with them and their friends.

She also called on the stakeholders to always carry along parents of Deaf children in all their activities.

HammerTimes News Online recalls that the UN General Assembly declared last week in September as IWD, and it was first inaugurated in 1958 in Rome, Italy.(NAN)